Now that we have all settled in back home, Center Aisle presents the fifth and final edition of “Humans of General Convention” — at least until Austin 2018.  #humansofgc78 hopes its helped place a focus on the body of The Episcopal Church as a whole, one member and one story at a time. Most importantly, we hope we’ve shed a little light on why we all call The Episcopal Church our family, and that we can take that light with us into our parishes and neighborhoods. 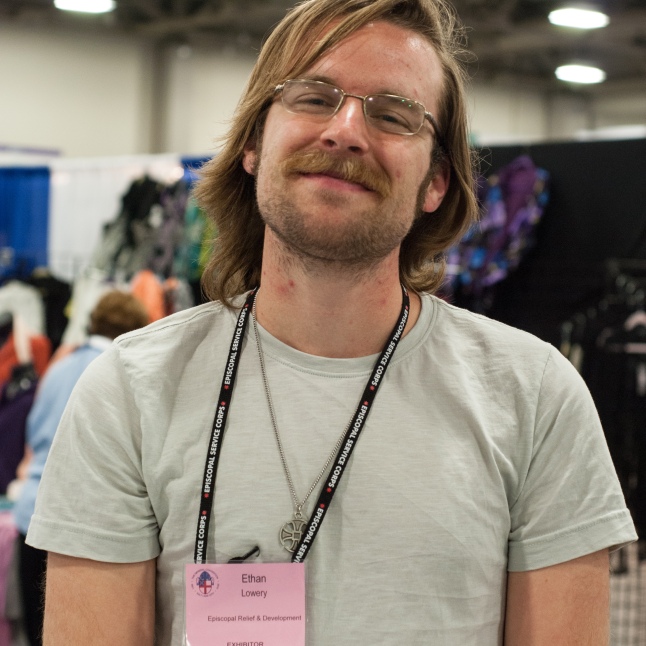 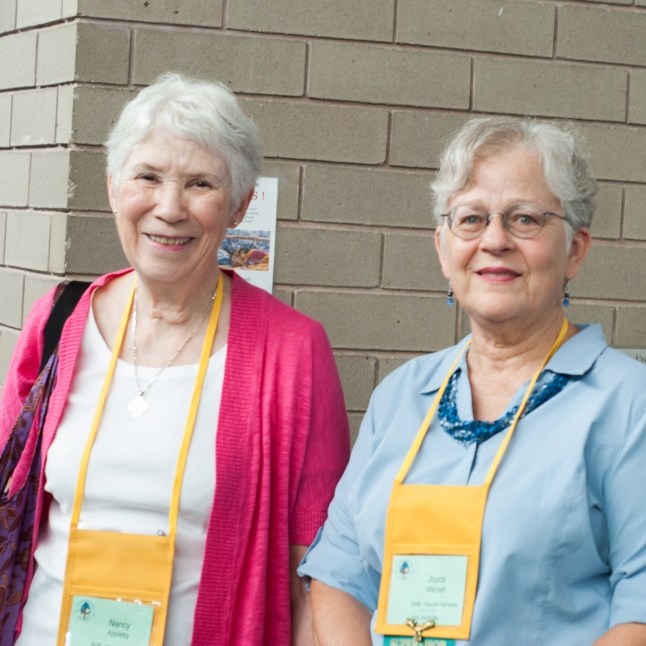 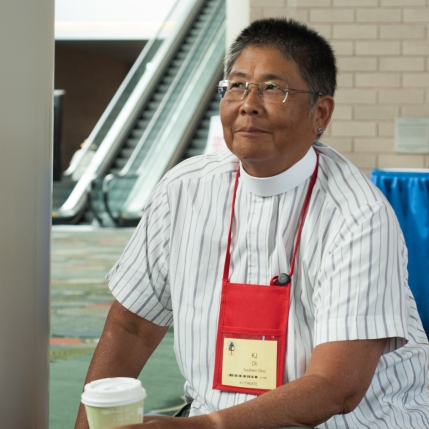 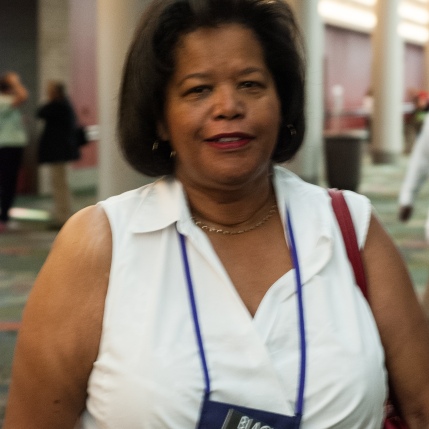 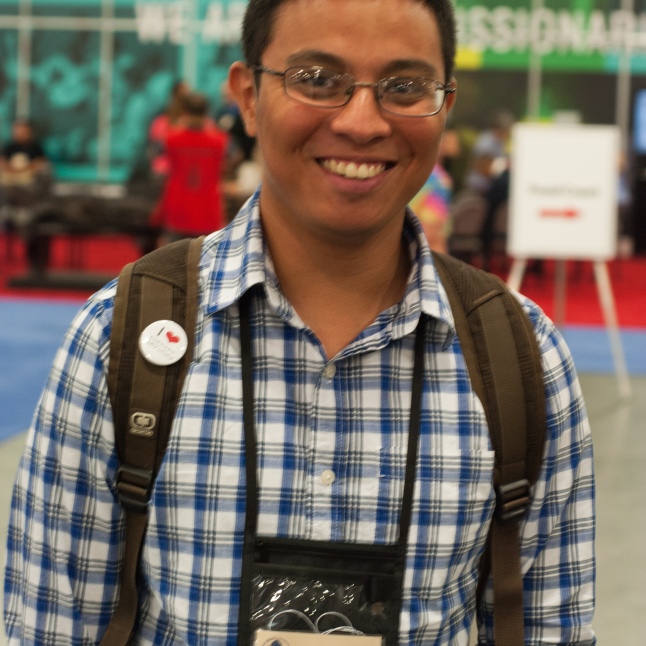 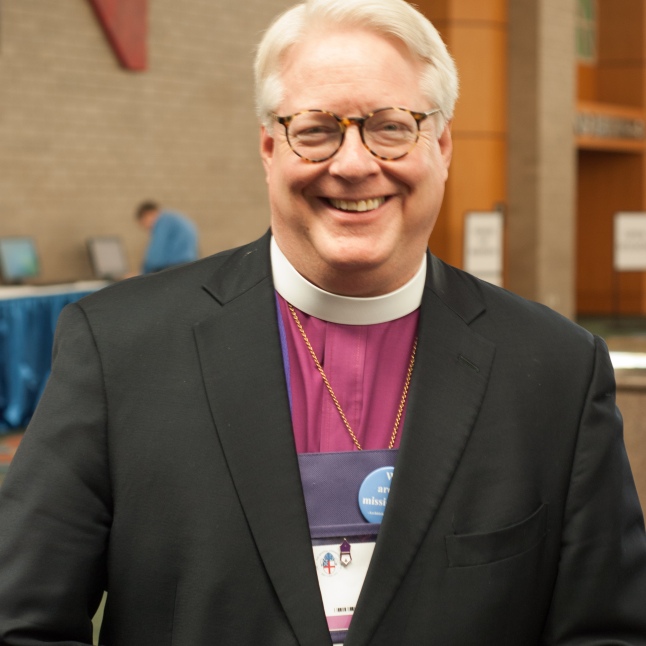 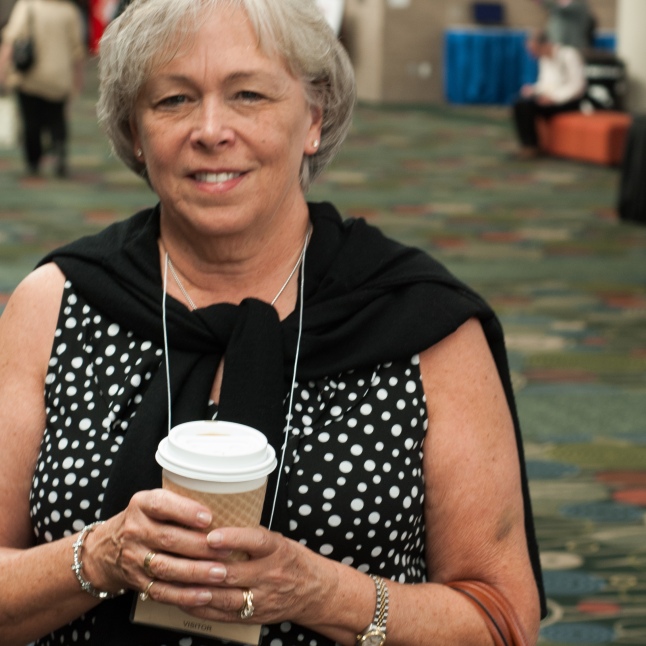 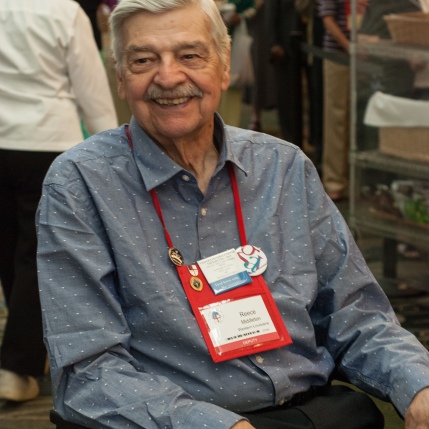 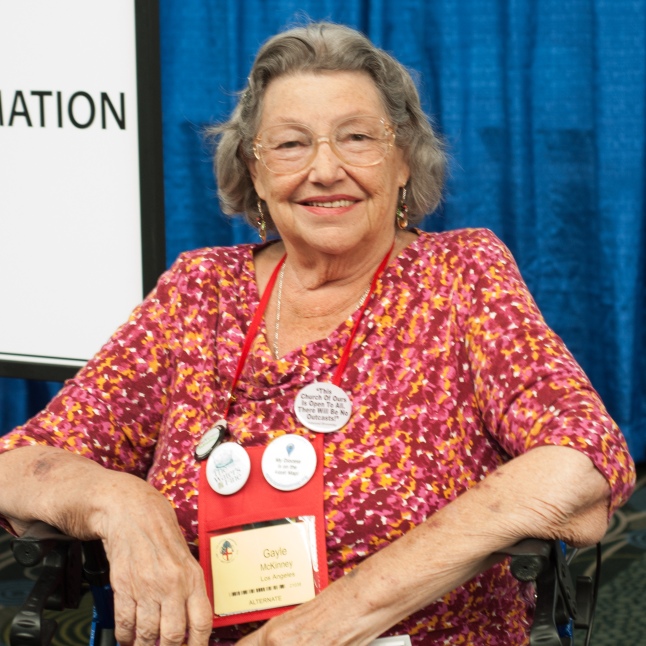 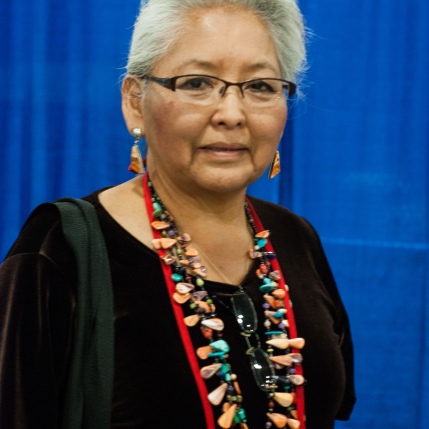 What is your biggest hope for the church in the coming years?

“That we keep loving Jesus and externalize that. I think the world needs it. I think Episcopalians are really uniquely equipped to speak about God with both nuance and life. I just want us to talk about it – about how much we love God.”

Left: “I love all the people and fellowship I find here. I listened to the candidates for presiding bishop speak to the questions that people have and I was very moved by all of them.”

Right: “I find the energy at convention inspiring, the fact that there are so many people and they are excited and friendly, and they are here to show they are Episcopalian and they are ready to help in any way that needs to happen. We are volunteers and we have all kinds of volunteers that work with us and everybody is really willing to help.” 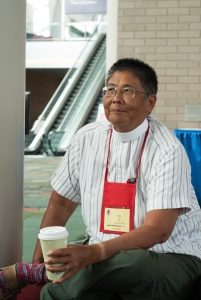 What called you to become an Episcopal priest?

“The Holy Spirit moving in my life in a way that nothing else has. And a desire to help people experience the same movement of the spirit. I think it’s a real privilege.”

“I think we have the greatest, richest, most democratic traditions and liturgical life within Christianity in its vast array. We do not solely have the truth, but we have a portion of the truth that we need to share with the world to give it a different perspective of what the Church is. I think a lot of people are affected or influenced by what they see in the media about Christians being narrow-minded, bigoted or just superstitious. And we are neither. And I think we and other mainline denominations need to continue to try to press forward in presenting the image of the whole of the Church. Because the Episcopal Church calls itself via media – “in the middle” – embracing all in the big tent, we especially have that call to say what the media and what may be perceived by people about Christianity is not the totality nor even at times the truth.” 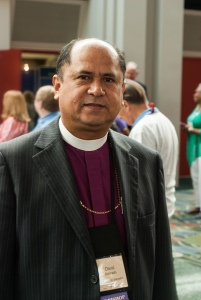 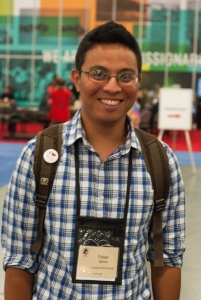 How long have you been an Episcopalian?

What do love most about being an Episcopalian?

“They are very open minded and they like to bring people into the Church no matter what your background is. They’ll still accept you for who you are.”

“I love the fact that in our Church you bring your head and your heart. That it is broad, diverse, that we have ancient worship and open minds and we invite people to come and see. I hope that we will continue to live in to the possibility of this church. I believe that we are in a position to be a leading light in the Christian faith and my prayer is that we will step into that role.”

“Here I am walking across America. My husband died when we got back from India unexpectantly from a heart attack. I felt I had a difficult decision to make but it was really not a difficult decision in that save the house, save the business, do God’s work. I felt we had come so far with Katrina’s [her mother-in-law] dream that I couldn’t just let this go. So, I put everything in storage, started off with three dollars in my name and stayed in Episcopal churches across the nation and meet with women’s groups. In putting this concept together with my husband, we both felt many women had walked away from the church during the 50’s and 60’s when they were getting mixed messages from their own faith groups regarding how they should stay in abusive relationships and stuff like that. So this walk was designed for the express purposes of: 1. I’m now a postulant in the Church of North India myself. 2. It’s helping me deal with my grieving process. It gives me plenty of time to pray to God all day long. When you’re walking and you feel like your feet are hurting you start reaching out to God in ways you wouldn’t normally reach out. And that really develops your relationship with God. 3. It’s meant to grow the Church. How is it going to grow the Church is by reaching out to those who are unchurched and never churched. 4. Honor my mother in law’s last wishes.” 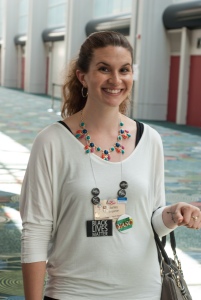 How has the Young Adult Service Corps impacted your faith?

“It has transformed my life. I had gone into it only just been recently baptized and confirmed. Less than a year later I’m signed up to be a full-time missionary for the Church and so this experience really shaped who I am and my relationship with Christ and it helped shape my prayer life, it helped shape my relationships with the family that I have now with the whole communion.”

Left: “My parish is mostly African-American with a small percentage of Caribbean background so we feel like a big family. Don’t get me wrong – we have some of our disagreements and so forth but it’s amazing how we all come together. We can emulate some of the things we do in the wider Church even in our own small setting.”

Right: “My parish is very diverse with membership from Africa, Caribbean, Latin America and all over the United States and people who have resettled in Baltimore. Many people have commented when they come to worship, “Oh, this feels like home.” Whether they are from Malawi or El Salvador or St. Thomas Islands they have found a little piece of home in our worship so I keep trying to provide that.”

“Meeting a lot people, forgetting about color and race and creed, that is what’s most inspiring about General Convention.”

“[The Episcopal Church] is where I found God and I think where he found me. I was raised Catholic so I’ve always been a Christian, but it’s what I love about the Episcopal Church – it’s just where my heart is.” 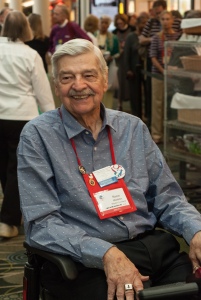 “I hope for us to follow the lead of our new presiding bishop and become crazy Christians.”

Left: “We are on the second shift of brothers coming in and so far worship has been great. Although I hear about all the wonderful music and all the different groups I’ve missed so far, and I haven’t been able to see a lot of the diversity that’s been brought in but I hear great things about it.”

Right: “Here at convention we are really trying to help people pray so that in the midst of lots of legislation which is good work to also remind people that we are here as the body of Christ to pray, so that’s one of our things here in particular with the Prayers of the People.”

“I’m here with the Seaman’s Church Institute and we are part of the Church’s mission to merchant mariners – the men and women who work on those large behemoth container ships and also people who work on the smaller boats that push cargo on the inland rivers of the United States. I think this ministry’s had me think a lot about the things I take for granted and how as a citizen on this world, I sit at an enormous table with a lot of other people and it’s my choice how I’m going to offer hospitality to those people, how I’m going to talk to those people about my faith, how I’m going to share what I’ve encountered in the love of God.”

Left: “It’s very easy to be buried and hidden. We shouldn’t do that. We should walk for the wider world. It’s a very good opportunity to connect with the people and find our ministry – what we can do for the wider church.”

Right: “There is a lot of energy in this convention – the election of a new presiding bishop, lot’s of things around racism and violence and work on those kinds of issues. And people walk by our booth and they will take a breath. They will take a breath literally. I’ve seen it happen over and over. I think in part it’s because they recognize what our sister talks about as the archetype of the monastic that is also in them, and they recognize that in themselves, even if they can’t articulate that. And they realize this little corner in the exhibit hall is a place of prayer and a less anxious presence we hope in the midst of chaos – great chaos – and anxiety producing chaos.”

“The surprise and delight [of General Convention] is what happened since the Supreme Court made the decision on LGBT. I think that has been a real boost because I have a lot of friends who are gay and you know what I found about gay people – they are just like everybody else. They bleed, they hurt when people say bad things about them. It is an interesting revelation and actually I watched a young man who was the same age as my oldest son, and I watched him grow up in his gay life and his father to his dying day said he should have made a different decision. And I knew that wasn’t a decision.”

“I think the mission of God’s church is the reconciliation of the world to wholeness in whatever form that takes. This is a part of that because it allows us to continue that work in a way that is meaningful in ways we can do together and not separate. I think probably the biggest I can do is to listen. We are short on the listening right now and have been for a long time. I think really, really hearing and listening to people is the best gift we have right now.”

What is your hope for The Episcopal Church in the coming years?

“Worship and serve God in all his glory.”