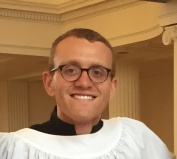 The first Book of Common Prayer was crafted to offer rites in a language accessible to the people who would pray them. As chief architect of the 1549 Prayer Book, Thomas Cranmer introduced the revolutionary shift in the language of the liturgy from Latin to English. It was Cranmer’s contention that liturgy must be conducted in a language that is accessible to the people. This Cranmerian principle has continued to guide Anglican liturgical thought in the succeeding centuries, and it once again is informing the current discussions of Prayer Book revision in the Episcopal Church.

On Wednesday morning, an open hearing was held to consider the two proposals for Prayer Book revision brought to General Convention. Much of the testimony centered around the need for revision of liturgical language. The near exclusive use of masculine language for God was cited by many as a major impediment to the Episcopal Church and its mission and evangelism. The refrain “language matters” was repeated many times. As Episcopalians, we believe that the way in which we pray shapes and forms us in fundamental ways. Much more than just a collection of liturgical texts, the Prayer Book is a guide for our spirituality and sets out a pattern for discipleship. Many fear, however, that the Prayer Book’s reliance on masculine language for God presents such an unbalanced set of images that we are being de-formed as participants in the liturgy. Gender-inclusive language in our liturgies is seen not only as a matter of liturgical necessity but fundamentally as a matter of justice. 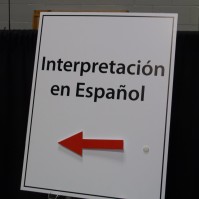 Although much of the conversation about liturgical revision centers on gender-inclusive language, there is also a need to address translations of the Prayer Book into other languages of the Episcopal Church. It has been widely noted across the Episcopal Church that the translations of the Prayer Book into Spanish and French are woefully inadequate. In addition, there is currently no edition of the Prayer Book in Haitian Creole, a much-needed resource for many communities in the Episcopal Church. The current Spanish and French translations, completed soon after the adoption of the 1979 Prayer Book, were completed by translators who were instructed to conduct their work using the approach often called “formal correspondence,” meaning that the goal of translation is to remain faithful to the original language and translate literally, word-for-word. The resulting translations have been criticized for containing awkward language that is sometimes grammatically incorrect.

In their report to General Convention, the Standing Commission on Liturgy and Music clearly addressed this issue and the urgent need to produce new translations: “The continued use of these flawed translations sends a clear message to Episcopalians whose first language is not English: Their culture and mother tongue are not valued enough to warrant the investment of resources necessary to address this problem professionally.” Far from being an obscure question of translation methods, it is an issue, again, of justice.

I spoke with Santiago Rodriguez, a board member of Forma, about his experiences with El Libro de Oración Común (LOC) as a native Spanish speaker. Though he said that it is a good resource that has helped Spanish speaking communities, he noted that it is not situated within a cultural context that resonates with those who use it. Rodriguez echoed the SCLM’s warning that the current translation is rigid and at times includes expressions that have lost their meaning in the process of literal translation from English to Spanish. “El Libro de Oración Común may help introduce people to the Prayer Book, but it is not prayer that is true to Spanish speakers and their contexts,” Rodriguez noted. “The language feels outdated, and LOC is seldom used for anything besides Sunday worship. It is, therefore, not able to contribute to the overall formation of Spanish speaking Christians as the Prayer Book is intended to do.”

The SCLM has asked General Convention to act to redress these issues. The proposed translations will be produced using a method much different from the word-for-word approach of formal correspondence used to produce the current translations. The method of dynamic equivalence, a term penned by linguist Eugene Nida, seeks to create a text that captures the meaning and spirit of the source text as contained in its cultural context. Instead of “word for word,” the approach stresses “idea for idea.” Instead of taking an English text and then translating, this method gives agency to native speakers.

When I asked him how the Episcopal Church might move forward in producing a new Spanish translation of the Prayer Book, Rodriguez hoped that we would develop a translation that remains true to the spirit of the Prayer Book but is also “a book that truly expresses Latino theology and is not a product of the dominant culture.” The SCLM has asked General Convention to do just that.

As General Convention considers the question of Prayer Book revision, it is imperative that new and better Prayer Book translations be authorized and funded. Producing translations of the Prayer Book that are natural and representative of the cultural context of the target language, translations that are truly accessible to the people who will use them, is not only a matter of justice for our siblings in the Episcopal Church, it is deeply consistent with the history of Anglican liturgy.

Patrick Keyser is a seminarian at Berkeley Divinity School at Yale. During his time serving with the Episcopal Service Corps in Richmond, Va., he was awarded a grant to start a program that helps low-literacy adults who want to learn to read the Bible. He loves Italy more than most Italians.