#MeToo: Let’s Get to Work 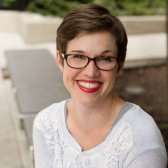 Truth telling is powerful. And there has been a lot of it here at General Convention. Truths never before spoken have been exposed to the light. While I’ve seen powerful examples of this across a range of significant topics – racial justice, gender identity, compensation parity for lay employees, and marriage equality – I’ve been most impacted by those testifying to their experiences of sexual harassment, discrimination and abuse within our Church.

One such testimony was a letter addressed to the deputies and bishops of the Episcopal Church assembled here. Do not, however, be fooled by whom it’s addressed to. This letter is also for you. And for me. And for all of us who call this Church home.

The author of this letter is a group of Generation X and Millennial clergy who gathered for a weeklong conference on a seemingly unrelated topic and discovered, through the work of the Spirit and the leadership of the Rev. Kate Spelman, a disturbing truth in their midst. Spelman called together a closed meeting for women in the group, which most attended. “Every single one [of the women present] shared a story of sexual harassment, assault or gender discrimination in the Church,” said Spelman. “Every. Single. One. Many, if not most, of these stories had not been shared publicly before. It was profound, and profoundly disturbing.”

I am struck by how the individual testimonies of many came together as one to reach us here at General Convention. It is important to remember that each of these stories represents individual pain, hurt, fear, shame and hope. Let them not be lost. And, yet, they come to us collectively as power, the power of a truth with justice on its side. They speak a truth we must hear if we are to profess ourselves as the Episcopal Branch of the Jesus Movement:

“The Church is failing to protect and advocate for the women we have called to leadership in both clerical and lay capacities. We are failing to nurture and encourage the talent which will be needed to steer the Church into a new age. Women continue to be underpaid across the Church, and underrepresented in positions of influence and power,” (source).

Truth telling is dangerous. It challenges systems that depend on silence for power. Truth telling is often met with violence. In our Church systems, that violence is our silence. Our apathy. Our inaction. We must do violence no longer. Testifying before the Committee on Safeguarding and Title IV, Spelman offered them a charge:

“Our Presiding Bishop has charged us to meditate on the life of Jesus. I charge you to meditate as well on the lives of the women in the Gospels – who are too often unnamed, too often ignored, and whose stories are too little told. I charge you to consider the fact that many of the stories you heard at the House of Bishops listening session on Tuesday night cannot and will not be told with names attached – and that many others are yet to be told in any format – because it remains easier and less costly in many places to [leave] a church or diocese than to bring an offender to justice. I charge you, in particular, to remember the story of the Syrophoenician woman whose testimony changed the mind of God, and, I think, the course and context of the Jesus movement. I charge you to hear again the stories of the women who have been abused, harassed or exploited by the Church – and to consider what stories are not being told.”

This charge is for our ears, too. Let us hear the testimony of women within the Church. And, then, let us get work.

Photo credit: Celal Kamran (the Rt. Rev. DeDe Duncan-Probe during the Liturgy of Listening at GC79)